Following April's announcement by Campbell Newman that there would no longer be a Queensland Premier's Literary Award, the community mobilised and the Queensland Literary Awards were established.  The awards were announced in early September, and last night at Avid Reader was a formal thank you to those involved.  There were readings and a panel discussion about patronage of the arts.  Very stimulating and thought provoking.  And very funny too at times.
Krissy Kneen 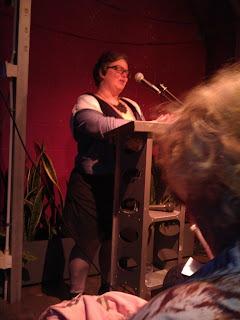 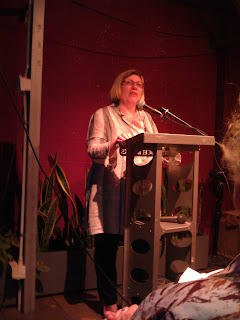 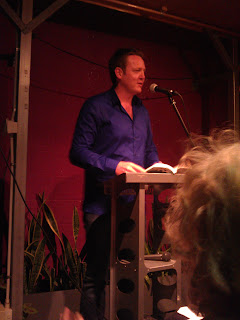